"Whilst there are encouraging signs that food drops are working and there is still available water in some areas, finding dead wallabies is an absolute kick in the guts." 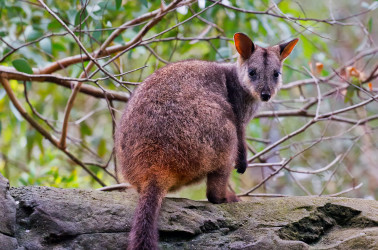 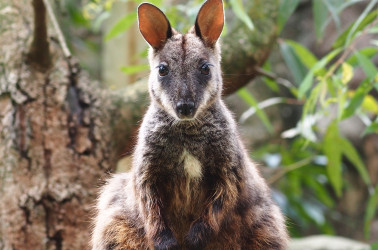 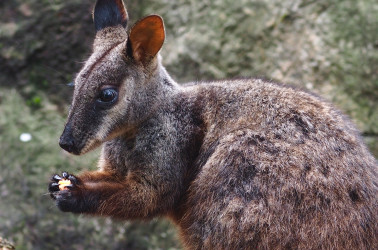 *** Partial funds raised from the Bushfire Appeal will be deployed to this project. ***

Brush-tailed Rock-wallabies (BTRW) naturally live in areas with bare rock in rocky hills and gorges, and these habitats are mostly found in the uplands of the Great Dividing Range. The BTRW is one of the approximately 10 rock-wallaby species which live in the eastern ranges of Australia.

The Project:
The Project aims to build a secure and robust population of Brush-tailed Rock Wallabies (northern population), genetically representative of the species.

Long-term solution:
Aussie Ark has committed to doubling its species-recovery projects to create a new facility for the northern population of the species. The Ark currently has seven purpose-built enclosures that provide homes for up to 45 wallabies. This new habitat will provide a safe haven for the BTRW's to build their population with the long-term goal of re-wilding once habitat is restored.

The Project will enable BTRW's to be released to a safe wild environment with a soft release into fenced sanctuaries, all which are monitored and managed for their protection.

The long-term goal is reintroduction back into their habitat.


Threats:
Current threats to the BTRW are varied but include predation by foxes and wild dogs, competition for food with feral goats and pigs, degradation and fragmentation of habitat, fire regimes that reduce the abundance and diversity of ground forage, infestation by invasive weeds causing loss and degradation of foraging habitat, and the predation of young by feral cats.

Follow our cause in saving Australia's endangered wildlife, and receive newsletter updates on the Protecting the Brush-tailed Rock-wallaby and other projects and successes.