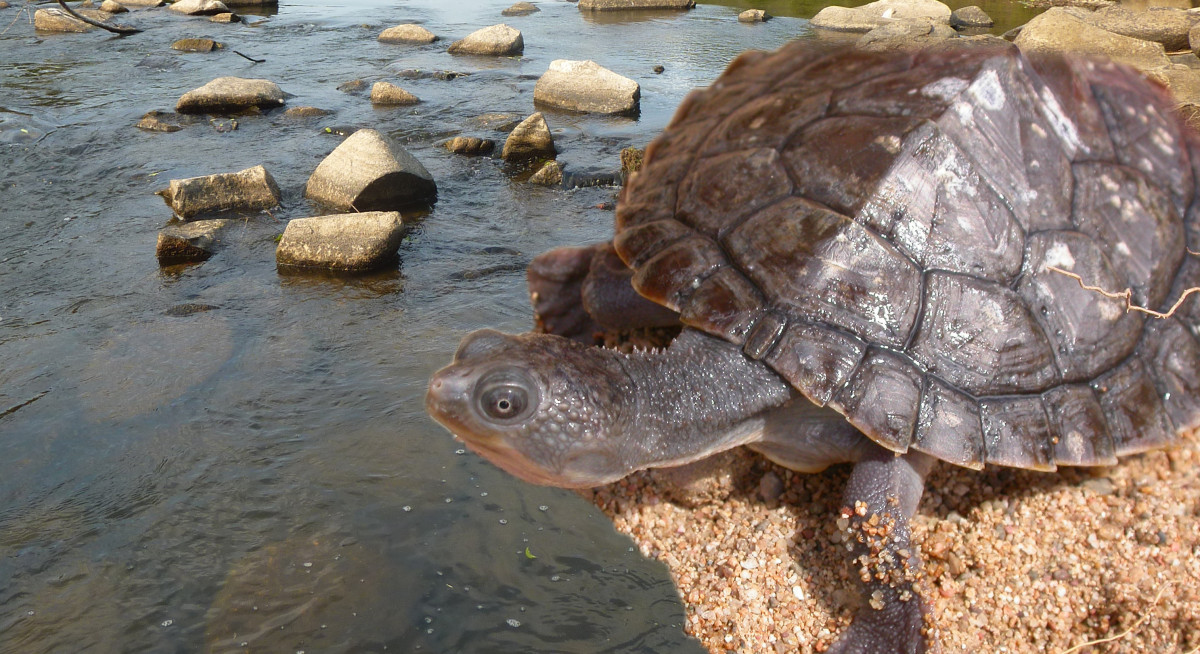 Following the exciting first release of 15 Mary River Turtle hatchlings in mid-2021, the final day of the year saw a further 29 juveniles tagged and released.

Another step forward for the Mary River Turtle

This second release of juveniles fulfilled Phase 2 of the project, and included the placement of additional listening stations - or hydrophones - to the stretch of the Mary River in which the juveniles reside. These extra hydrophones boost the team’s ability to gather data on the movement and survivorship of the turtles, and this data will be compared to that of the original cohort from July.

The knowledge gleaned from this research is intended to inform more targetted conservation efforts, and help us understand optimum ages for hatchling release. In some significant news from one week after the latest release, the Mary River was hit by large floods.

Landholders from Tiaro described large trees hurtling into the floodwaters like tornadoes, as the depth went over 21m and access points became impassable.

Whilst this has limited the ability to go out on the river and check equipment, the silver lining is that - as one of Australia’s oldest freshwater turtle lineages - the team is confident that the Mary River Turtle’s instincts will have kicked in, and the juveniles should have been able to find refuge from the floods.