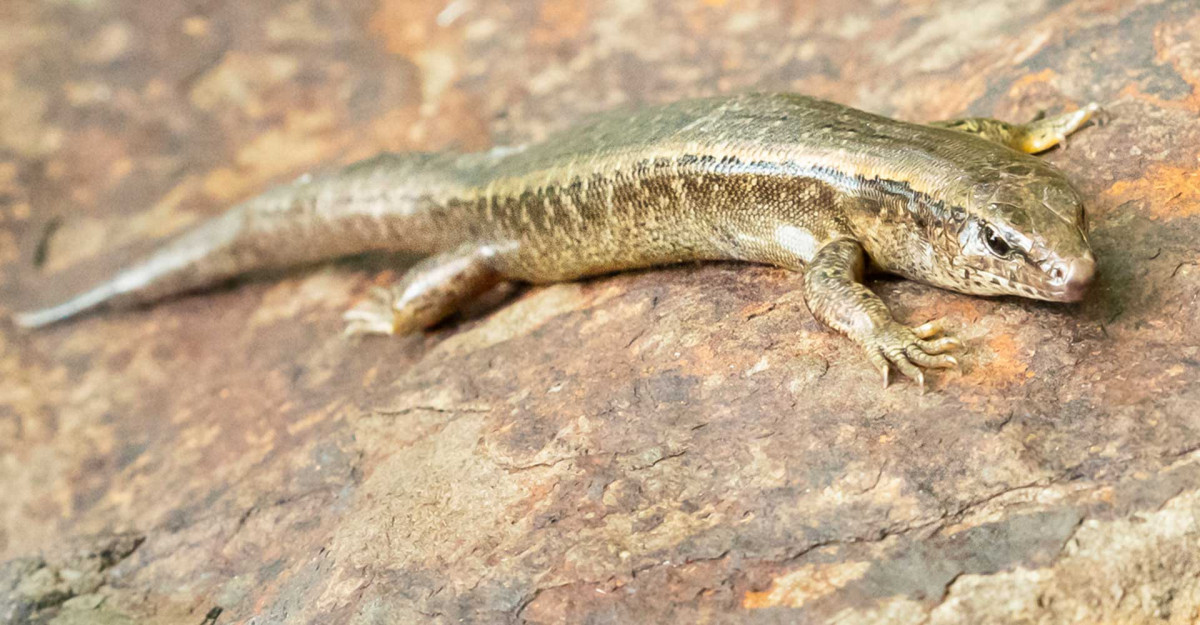 In December we received the results of comparative surveys taken both pre- and post-rodent eradication for a number of these species, one of which is the endemic LHI Skink (Oligosoma lichenigera). It is uncommon on the main island, perhaps due to historic predation by rats and cats, but fares better on offshore islets.

In 2014/15 the skink was surveyed in order to obtain baseline data on its occurrence, and was found to be in low numbers in the southern and central parts of LHI, but abundant in North Bay. The recent follow-up surveys were therefore focussed on the latter, as it was deemed unlikely that the species would have re-established already in areas where it was not found pre-eradication.

Over four days of trapping last year, 13 different LHI Skinks were caught in the sedge grass community at North Bay. This is a slight increase on the nine captured in 2020, but far fewer than in previous surveys. Across the 2014/15 expeditions, a total of 155 individuals were trapped.

Overall, these numbers suggest a contraction in the numbers of skink present across Lord Howe, but our project partners remain positive that - after healthy populations were surveyed in the past two years at North Bay - the species has a chance of recovery now that the rodents have been removed. Further surveys are being discussed to ascertain potential spread into new areas of the species.

As with the skink, pre-eradication surveys of the many species of land birds that call LHI home were conducted in 2017, and these results were compared to surveys conducted in 2021 in order to assess changes in abundance.

In positive news, last year’s studies demonstrated an increase in frequency of all but one of the species of interest - many
of which are threatened. Woodhen observations increased by a multitude of four, Sacred Kingfisher sightings tripled, and Silvereyes doubled. Golden Whistler numbers also went up, and the Currawong population - part of a mark-recapture study - is believed to be increasing.

The one species to see a drop in observations was the Purple Swamphen, though this may not be attributable to the rodent eradication program. These birds are often controlled as they are seen by some locals as damaging to gardens, and there has been anecdotal evidence of the species breeding.