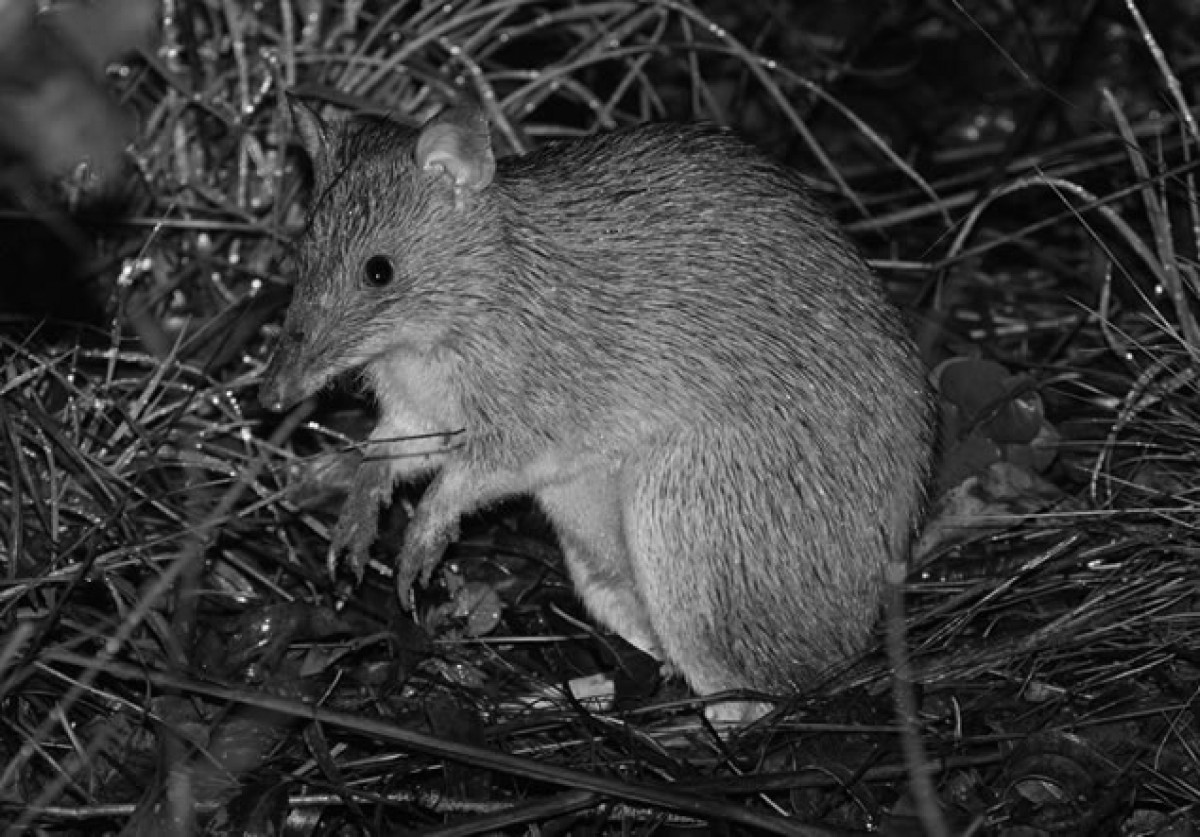 Aussie Ark is celebrating having completed the final pouch check of their Southern Brown Bandicoots, bringing their final count to 12 joeys born into the program. Keepers were happy to confirm that a pouch of twins had concluded their breeding season.

The largest of the Bandicoots, this species was widespread along the coast of Northern NSW, QLD, NT and the tip of Western Australia, however, like many other Australian marsupials, the Bandicoot family have lost several species since European settlement because of land clearing and the introduction of predators (foxes, dogs and cats). Of the estimated 12 Bandicoot species once present prior to colonisation on the continent, approximately half are now either extinct or threatened.

Aussie Ark Keeper Hayley Shute says, “Bandicoots are the unsung hero of the Australian bush. They turn over the soil, which is really important for the plants and provides optimal growth.”

Bandicoots are multi-oestrus, meaning they breed several times during the year. Females can give birth to as many as five babies, but usually only one or two survive. Their gestation period is very short, about 11 days, the shortest of any marsupial. The young are born very tiny and under-developed and are in the mother’s pouch for approximately 2 months. They travel through a cord attached to their mother’s womb to reach the pouch. Here they drink milk from the mother’s teats and grow until they are large enough to leave the pouch. At about three months they can begin to live independently. Bandicoot pouches are open at the back, to stop dirt entering the pouch when the mother digs.

Ms Shute also comments, “We’ve just completed our first breeding season for our bandicoots at Aussie Ark; we’ve got 12 joeys and we couldn’t be happier with the result.”

Since opening Aussie Ark in 2017, the team have established an insurance population ready for release into predator proof fenced 64Ha and 400Ha sanctuaries. Animals are expected to be released into the 400Ha sanctuary in early 2019.

For further project information visit the Aussie Ark project page on our website.