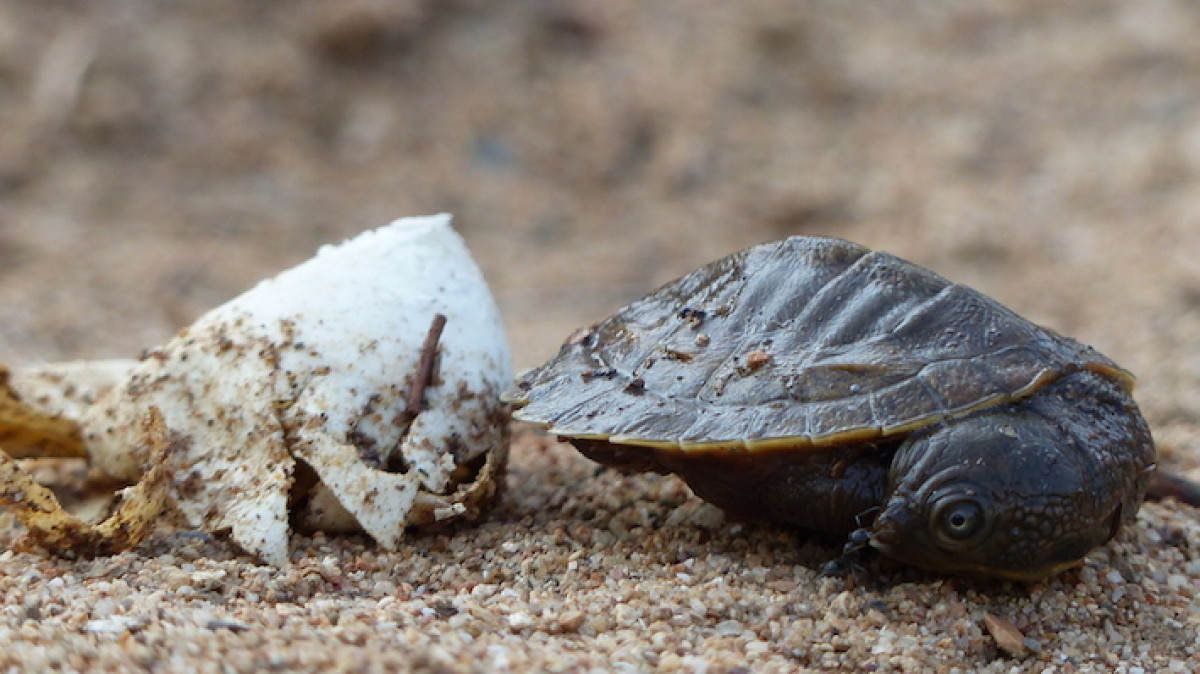 News comes from our project partners, Tiaro Landcare Group, on the Mary River, Qld, that this season they are rearing another 53 Mary River Turtle hatchlings to eventually be released back into the Mary River. Before their release at around six-months of age, there’s a lot of planning and preparation that must happen before then.

This year, a new generation of turtles are being protected and monitored in river enclosures and outdoor ponds in as natural environments as possible so as to increase their chances of survival after being released.

Just exactly what goes on behind the scenes while we wait for the next clutch of Mary River Turtles to be ready for release back into the Mary River?

All turtles are weighed every two months; bycatch from the river enclosures is recorded; and water temperatures are measured regularly. In addition, river water is pumped into the nearby ponds to freshen the water there and to help to maintain appropriate water temperature for the turtles.

Turtle hatchlings are fed five days a week and their growth measurements are closely monitored and analysed. Native fish, river prawns, freshwater mussels and snails are added to the enclosures to provide a varied food menu close to what is found in the Mary River.

The project involves constant evaluation and modification. There have been lessons learned from the first season of breeding the turtles that were successfully released back into the Mary River. The growth and condition of the new hatchlings is of utmost importance, as the stronger they are, the greater their chance of survival come release day.

For more information on the Mary River Turtle project, visit the project page of the website.