This project is part of a joint re-introduction program with the Western Quoll. The aim of the project was to re-establish both species and to provide the best environment possible to encourage them to breed and permanently sustain their populations within one of their traditional homelands. 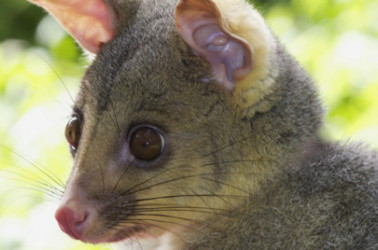 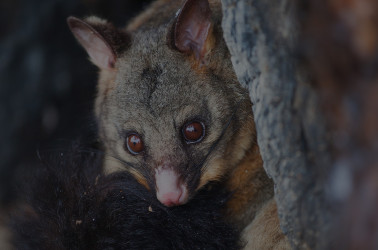 The Brush-tailed Possum (Virlda) is a totem of the local Adnyamathanha people, and part of their dreaming. At the end of June 2015 FAME reintroduced 79 Brush-tailed Possums (Virlda) into the Ikara-Flinders Ranges National Park. They were released over four days along river red gum floodplains and creek lines. The animals were sourced from Yookamurra Sanctuary, a 5,108 ha Australian Wildlife Conservancy (AWC) reserve near Swan Reach in South Australia. Half the possums have been radio-collared and their movements will be monitored to ensure that they are adapting to their new homes.

Why are we returning the possum?

The virlda is extinct in the South Australian arid zone and if successful, this release would contribute to reversing the decline of the species in South Australia. The research conducted during the release may also provide information on reasons for the decline and assist with determining improved management actions required for recovery elsewhere.

Restoring the Brush-tailed Possum to its natural place in the local environment will improve the quality of native vegetation and restore the chain of regeneration. No other animal will feed on the mistletoe that is stressing the magnificent Flinders Ranges red gums, or spread the seeds of important plants like the native orange (Capparis mitchelli).

Over the last 20 years Bounceback has reduced the impact of foxes, goats and other herbivores to facilitate restoration of the natural environment within the Ikara-Flinders Ranges National Park and surrounds. Bounceback has been very effective at improving the survival prospects for extant yellow-footed rock wallabies by reducing the impact of foxes and goats. The success or failure of this virlda reintroduction will in part indicate the extent of ecosystem recovery within the Ikara-Flinders Ranges National Park. Additionally, this reintroduction will test whether the current exotic predator control program is sufficient to sustain medium-sized mammals that formerly inhabited the region. The virlda was chosen as a suitable release species because it is less sensitive to cat predation than many other locally extinct mammals and is a folivore (eats leaves) with a wide ranging diet.

Re-introducing the virlda is a goal supported by the Adnyamathanha people.

The re-introduction of the Western Quoll and Brush-tailed Possum would not have been possible without the philanthropic support of all our individual and organisational donors, the Foundations and Grant Providers who believed in the program, the assistance and support of land managers and partners of Bounceback and the many volunteers who continue to give their time so freely.

We would also like to thank the Western Australian Government for Idnya and Australian Wildlife Conservancy for Virlda.

Follow our cause in saving Australia's endangered wildlife, and receive newsletter updates on the Brush-tailed Possum and other projects and successes.