This project is part of a joint re-introduction program with the Brush-tailed Possum. The aim was to re-establish both species and to provide the best environment possible to encourage them to breed and permanently sustain their populations within one of their traditional homelands. 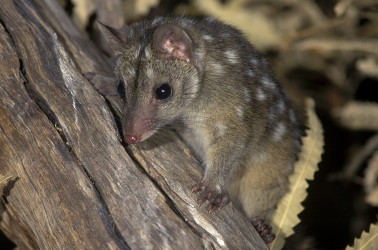 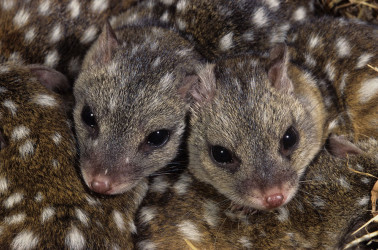 FAME has partnered with DEWNR (South Australian Department of Environment, Water and Natural Resources) to return the Western Quoll to South Australia.

Funding received through FAME will enable the fauna to be reintroduced to the Ikara-Flinders Ranges National Park. The quoll is still extant in southwestern Western Australia and the Western Australian Department for Parks and Wildlife (DPaW) agreed to provide wild animals for release into South Australia. The project is being managed through the Bounceback Program by DEWNR SAAL (SA Arid Lands region).

Prior to 2014 the Western Quoll (Idnya) had not been recorded in the Flinders Ranges for 130 years.

In April 2014 as part of a joint project between The Foundation for Australia’s Most Endangered Species and The Government of South Australia, 37 Western Quolls were released to see if the species could survive in the Flinders Ranges. Fortunately, the species has flourished in its former home and further releases in 2015 and 2016 have strengthened the population to approximately 150.

Monitoring of the whole population through twice yearly trapping indicated that the population has consistently grown. However, as we now aim to build a sustainable population, it is vital we continue to monitor and track the quolls, particularly with threat abatement management the greatest challenge.

For the first time in living memory, the Adnyamathanha people are able to see the animal that is one of their totems and mentioned in dreamtime stories thriving in the wild. Extensive on ground feral management has been undertaken to ensure the survival of the Quolls with the assistance of the South Australian Sporting Shooters Association.

The re-introduction of the Western Quoll and Brush-tailed Possum would not have been possible without the philanthropic support of all our individual and organisational donors, the Foundations and Grant Providers who believed in the program, the assistance and support of land managers and partners of Bounceback and the many volunteers who continue to give their time so freely.

We would also like to thank the Western Australian Government for Idnya and Australian Wildlife Conservancy for Virlda.

Follow our cause in saving Australia's endangered wildlife, and receive newsletter updates on the Western Quoll and other projects and successes.