flora and fauna from feral cats.

Feral cats – ferocious and large versions of the domestic variety –
pose an ongoing and severe threat to Australian mammals and have contributed to at least 20 of Australia's 30 mammal extinctions. 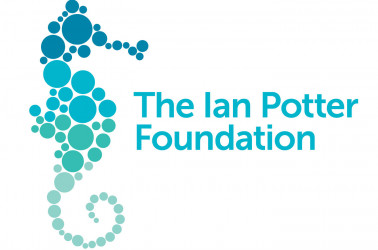 This year, an exciting new cat control device – more effective and more humane than anything used before – will be trialled. We are quietly confident that this invention will offer the breakthrough for feral cat control that we’ve all been hoping for.

This project brings together FAME, the Ian Potter Foundation and Ecological Horizons to deliver an outcome of great benefit to a range of other private, non government and government partners and projects. Grooming traps are also ideally suited to encourage non-typical partners to engage in feral cat control because they are automated and do not require direct handling of poisons or exposure to working dogs or children. Sustainability is a key consideration because the efficacy of Felixer grooming traps does not decline (like baiting or baited traps) when cat prey numbers increase and cats otherwise loose interest in baits. Rather, Felixers are designed to control cats without the cats needing to change their behaviour at all, and hence are likely to maintain their efficacy, irrespective of cat or prey densities.

Development of reliable, affordable and sustainable feral cat control has been identified as a key requirement of dozens of threatened species conservation programs around Australia. The 2015 Threat Abatement Plan for Predation by Feral Cats listed the development and registration of devices to exploit cat grooming habits as a very high priority for effectively controlling feral cats.

The Felixer Grooming Trap is the only device, worldwide, designed for this purpose. Grooming traps offer the potential for a highly targeted and humane management tool that also collect valuable monitoring information that should enhance feral predator control. Feral predators are also the key threat to reintroduction programs of many threatened species and installation of grooming traps (with specialised audiolures programmed for specific locations, seasons and prey species) both before and after reintroduction should enhance the success of these important conservation projects.

The Felixer works when the device recognises the target is a cat which in turn triggers the unit to spray with a dose of poison. Cats, being fastidious groomers, can be expected to lick enough of that poison from their fur to ensure death.

An example of the Felixer in action can be viewed by clicking here: Felixer Video.

Feral cats represent a key threat to many small vertebrates in Australia and on islands worldwide but have proven difficult to control sustainably due to their reluctance to take baits or enter traps.

Through a decade of applied research collaborations, a new tool has been developed by Ecological Horizons for feral cat control that takes advantage of their unique behaviour and morphology. Grooming traps are a humane, targeted and effective tool that automatically apply a measured dose of toxin to the fur of unrestrained feral cats, which is ingested when they instinctively and fastidiously groom.

In November 2016, FAME and the Ian Potter Foundation collectively issued a $290,000 grant for Applidyne Engineers to optimise the functions and performance of Felixers. This project will culminate in production of 55 ‘Version 3’ Felixers for trial in nearly every State of Australia.

Over the next few months:

Follow our cause in saving Australia's endangered wildlife, and receive newsletter updates on the Optimising Felixer and other projects and successes.