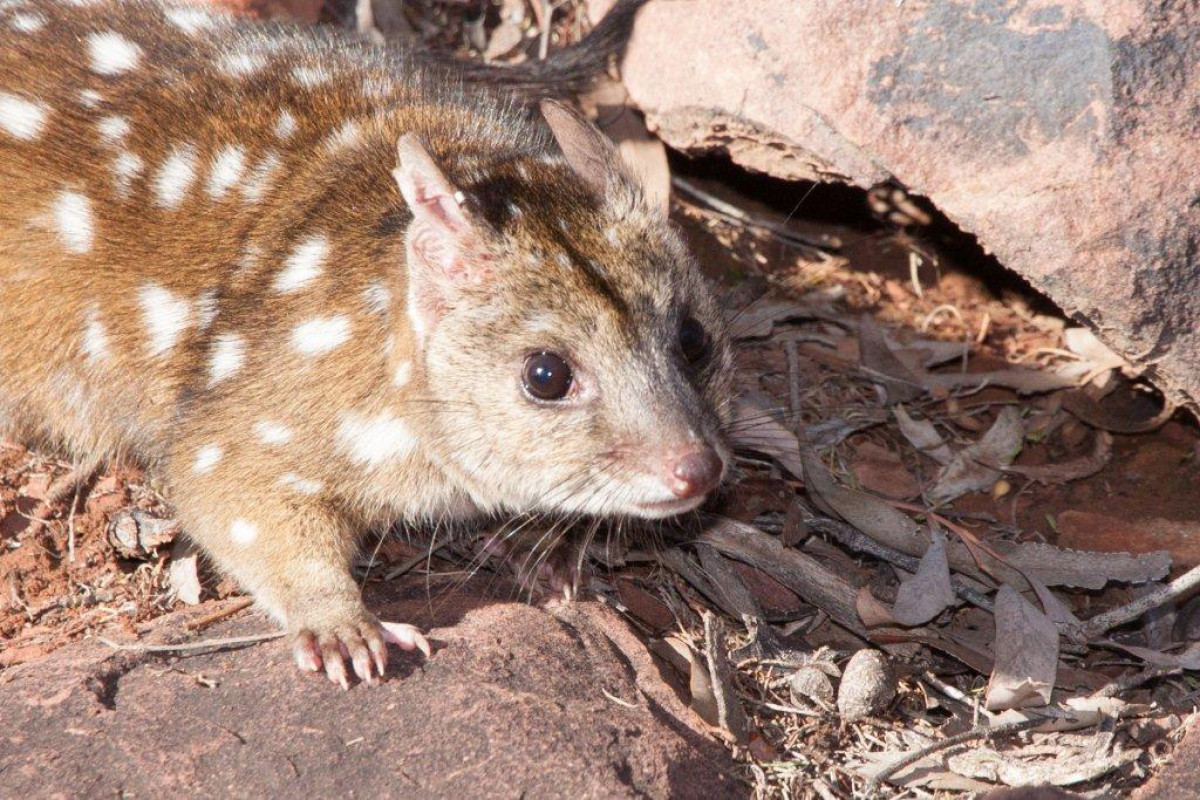 Controlling feral cat and fox numbers is the key to the successful reintroduction of threatened native mammals according to the Foundation for Australia’s Most Endangered Species Ltd (FAME).

A five-year program - a private/public partnership between FAME and South Australia’s Department for Environment and Water (DEW) – is now nearing its end and has resulted in the repopulation of both Western Quolls and Brush-tailed Possums into South Australia’s Central Flinders Ranges.

FAME CEO, Mrs Tracy McNamara, said the project had entailed the reintroduction of 250 threatened native animals over a three-year period into the Ikara-Flinders Ranges National Park. Since then, both the Western Quoll and Brush-tailed Possum populations have been monitored regularly to determine the likelihood of the species prospering in the region.

“We are absolutely delighted to report that the most recent monitoring program this month has recorded the highest number of individual animals since monitoring began in December 2014.

“In all, we trapped, checked and released no fewer than 56 individual Western Quolls compared with last summer’s average of just 30. Importantly too, more females were identified indicating their likely higher survival rate.

“The numbers are especially pleasing as they follow the driest 12 months since the program got under way.”

Mr Rob Brandle, Senior Ecologist with the Department for Environment and Water SA Arid Lands Region, said while fox control had been critical in the success of the program to date, feral cats remain a significant threat to the two species.

“The monitoring results are very positive and this is largely due to effective control of foxes over 25 years of the Bounceback program. However, monitoring quoll and possum numbers has shown that predation by cats has slowed population growth for both species and, if unmanaged, could compromise long-term success,” Mr Brandle said.

During the years in which translocations of the Western Quolls and Brush-tailed Possums took place, Mr Brandle said management of feral cats had relied both on shooting by members of the volunteer Conservation and Wildlife Management Branch (South Australia) of the Sporting Shooters Association and regular cat trapping by the reintroduction team and park rangers.

While this had generated good results and removed a significant number of cats, Mr Brandle said the reintroduction team opted to implement an aerial cat baiting trial allied with close monitoring of quolls, possums and cats using radio telemetry to determine impact of baiting on those species. The ultimate test would be the status of the quoll and possum populations during the 2017 breeding season and in the 2017/18 summer. This was monitored with a trapping session in December 2017 and March 2018, both of which indicated improved survival of female and young quolls and no decline in possums.

“We attributed a large part of this success on the May 2017 ‘Eradicat’ baiting initiative across 500 square kilometres of existing and potential habitat for both species. It is clear that while the feral cat population has been substantially reduced both species remain exposed to significant predation pressure from mature feral cats,” Mrs McNamara said.

Feral cat eradication is also due to the combined mediums including tracking and monitoring, Eradicat baiting, rabbit warren ripping, use of the Felixer and monthly support of the Sporting Shooters Association.

The March monitoring program appears to show that the Brush-tailed Possum is well able to withstand below average rainfall years. The adult animals trapped and checked before release had maintained weight over a significant period. Females with young appeared able to source sufficient moisture from the leaves of deep-rooted trees in order both to survive and to breed.

Mrs McNamara says she believes it is reasonable to describe the five-year program to reintroduce Western Quolls and Brush-tailed Possums to the Flinders Ranges as a significant success.

“However, it is clear that long-term success is going to require continued focus on feral cat management and monitoring of the numbers and health of both species in the region.”

Mr Brandle said, for the Department’ part, the positive results of the first aerial cat baiting trial with 1080 gives the Bounceback Program confidence to continue. “Our ultimate aim is to increase the quoll population to a point where it can successfully expand into un-baited areas of the Park and surrounding properties,” Mr Brandle added.