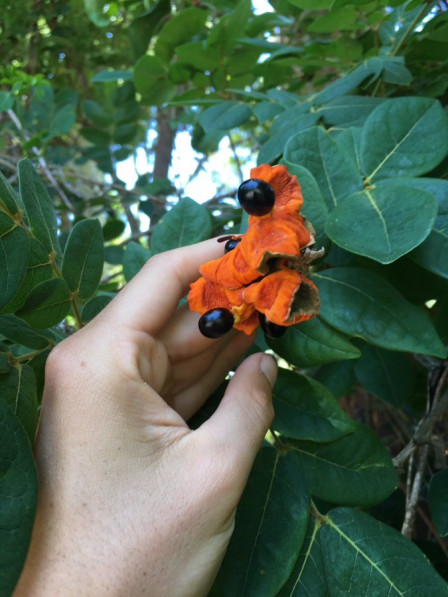 Bacon Wood - its bark a reddish, bacon-like appearance under the outer layer - is a small tree, 5m or so, found in subtropical lowland rainforest in south-east Queensland. Remarkably, flowers only open at night and last for a 12-hour period. (We also think the red flowers of Bacon Wood are also reminiscent of bacon)!

Habitat clearing is the primary threat to the Bacon Wood population remaining, and it certainly doesn’t make matters any easier not knowing just how big that remaining population is.