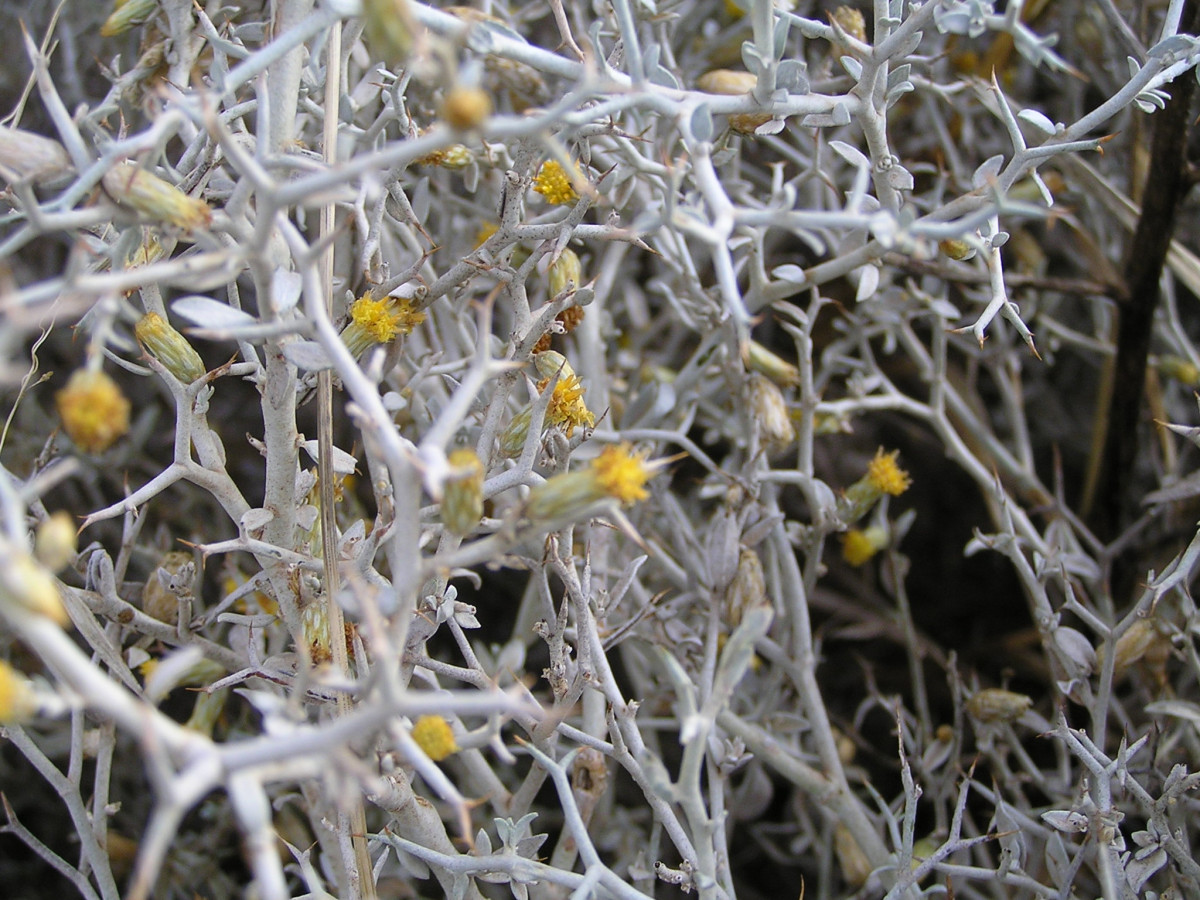 In partnership with the South Australian Department of Environment and Heritage (DEH), FAME provided support for the recovery of the endangered Spiny Daisy (Acanthocladium dockeri).

Originally discovered during the Burke and Wills expedition, this is one of the world’s rarest plants, with only five populations known to exist. The Spiny Daisy was presumed extinct until 1999, when a small remnant population was discovered in the Southern Flinders Ranges of SA. FAME supported work to increase the area occupied by existing plants, and establish the plant at several new locations.

It was wonderful to recently share the news of the re-emergence of the critically endangered Spiny Daisy plant reported on the ABC News.

A regeneration program which commenced at Banrock Station now sees they Spiny Daisy plant blooming across the Riverland, and although heartening for all the volunteers involved, the plant is yet to be removed from the critically endangered list.

The volunteers have been ensuring Spiny Daisy plants have been placed in various locations to increase the chances of it surviving such events as bushfires – it really has been a fantastic success with one volunteer describing her joy that this “pretty, but not showy” plant is surviving.