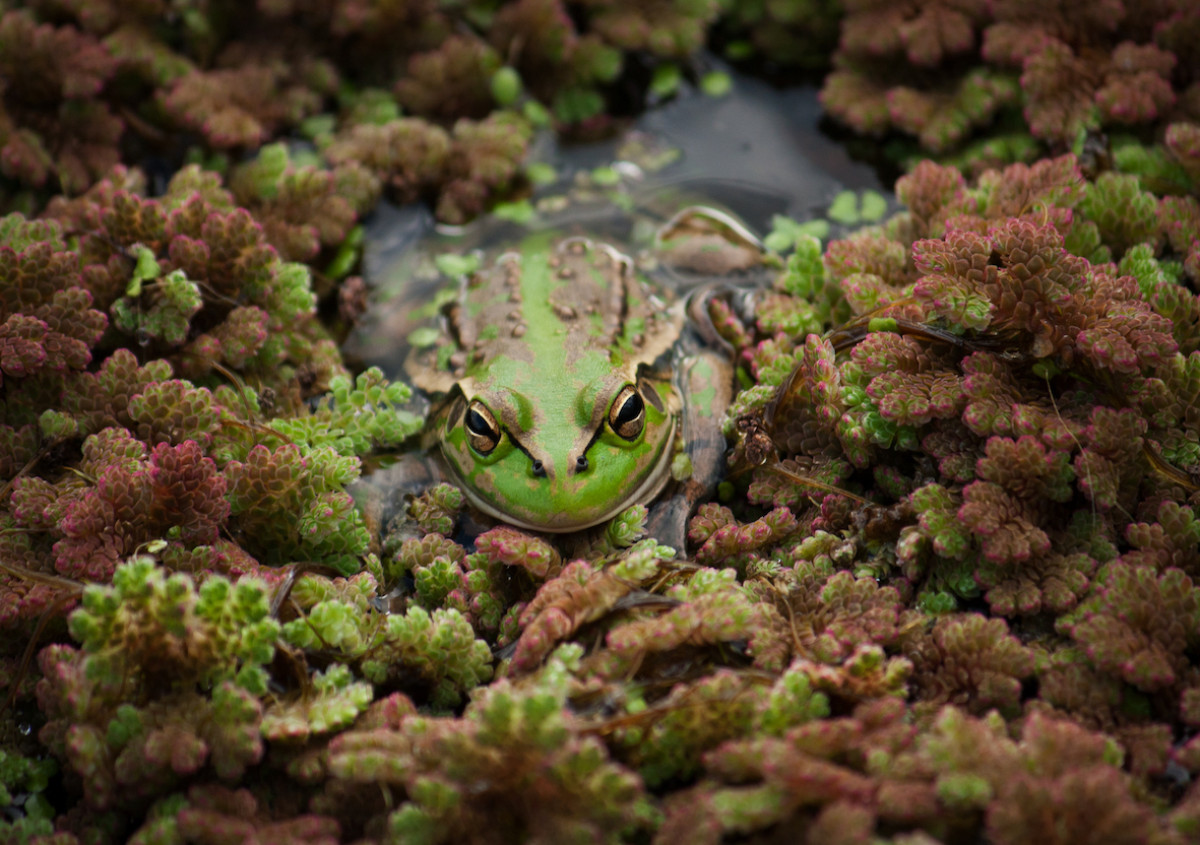 Quietly ticking along has been our project to help the Southern Bell Frog bounce back at Clayton Bay in South Australia.

The Southern Bell Frog (Litoria raniformis) is one of the largest frog species in Australia, the females (the larger of the two sexes) being about twice the size of the well-known and widely distributed in south-east Australia Spotted Grass Frog (Limnodynastes tasmaniensis). Listed as a vulnerable species on the EPBC list, the Southern Bell Frog is in decline across much of its range and, in some regions, it has disappeared altogether. In the lower Murray River in South Australia, the species has declined from fifty known populations to just one.

Our project partners, Nature Glenelg Trust (NGT), now have 35 frogs and the captive breeding program is almost ready to begin. The frogs are being carefully maintained in a purpose-built conservation facility by a team of committed volunteers along with staff from NGT.

Measures have been put into place regarding the Coronavirus (COVID-19) outbreak and associated regulations. The facility is expected to be quiet over the coming winter months, thus conditioning the frogs for the upcoming breeding season expected in the springtime. There’s every hope that hundreds and possibly thousands of tadpoles will be produced and be able to be released eventually into the wild.

The conservation facility at Clayton Bay has been made possible by funding from the Foundation but also involves the support of local community groups: the Clayton Bay Nursery and Environment Group and the Clayton Bay Community Association along with the team of dedicated volunteers. We hope that these partnerships continue to develop as the project continues.

For further information, visit the project page of the website or telephone the Foundation on +61 8374 1744.


Photo above: Some of the Southern Bell Frogs at the breeding facility in Clayton Bay (Nature Glenelg Trust).