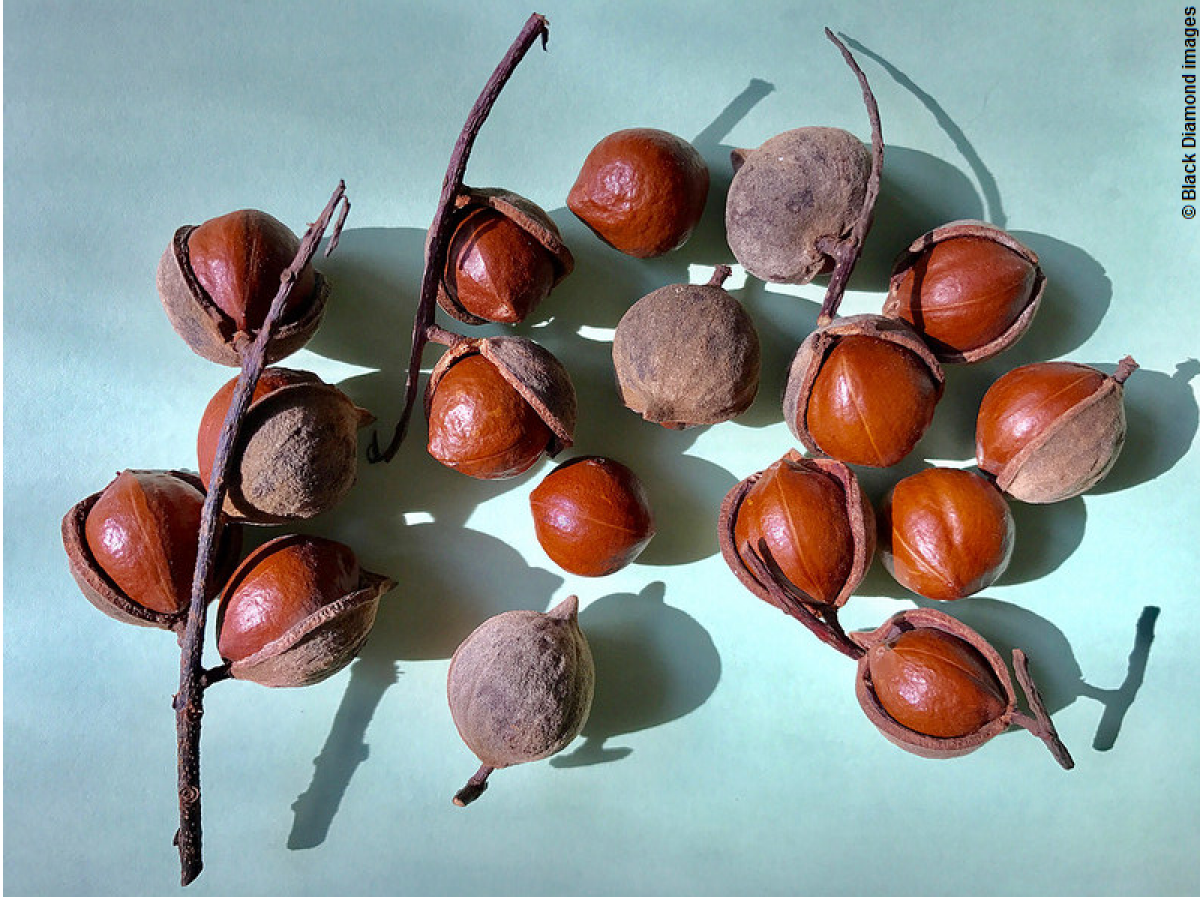 Since FAME partnered with the Macadamia Conservation Trust (MCT) on a project to help save the most endangered macadamia nut species - the Bulburin Nut or Macadamia jansenii - from extinction, it has been quite a sensational time for the species.

Major threat from fire
At the start of summer 2018, the few remaining wild Bulburin Nut trees were under extreme threat from catastrophic bushfires burning through Central Queensland. Although luckily surviving these bushfires, the wild trees remain extremely vulnerable to fire, which came so devastatingly close to Macadamia jansenii habitat.

New population discovered
Funding from FAME has enabled searches for additional populations of Bulburin Nut trees to be conducted. Success came late in 2018, when botanists Keith Sarnadsky and Ray Johnson discovered 56 new plants, ranging from seedlings to mature trees reaching 8 to 9 metres. The new finds are located in the same creek catchment as the original population.

Securing a future
With the discovery of a new population of Bulburin Nut trees, important work with Queensland National Park staff will be done to protect them from fire and weeds. Genetic testing will determine if the new trees are genetically diverse from the original population. If so, plans will be made to add them to future insurance populations, which will help to strengthen the species and protect it from extinction.

Establishing an insurance population
The process to 'strike and grow' cuttings for the new insurance plantings is underway at Tondoon Botanic Gardens in Gladstone. Gidarjil Rangers have visited the Botanic Gardens to learn propagation techniques specific for Macadamia jansenii. A population census is set to be conducted and delivered during winter 2019 by the Rangers along with researchers at the Sunshine Coast University. Without the ongoing support of our donor community, it is likely that this little-known macadamia species may have faced extinction.

Through sharing the news of the good work that we can achieve by partnering with organisations such as the MCT, a native species such as Macadamia jansenii can suddenly become known, cared for and protected. For further information, visit the project page of the FAME website.